The low temperature rod and dilator for the treatment of hemorrhoids and their complications.

Cold bar and dilator as an aid for the treatment of the following symptoms:

ANOKRYO® can be reused as often as desired.

The product contains no harmful ingredients, is odourless, hygienic and does not stain.

Side effects are not known.

The product contains no harmful ingredients, is odourless, hygienic and does not stain. Side effects are not known.

The use of a dilator (rod manufacturer: Med-Tec, Essen), which can be cooled down to -15° C, was tested.

The principle common to both conservative and surgical treatmentis the lowering of intra-anal pressure. Maximal sphincter dilatation and subcutaneous lateral sphincterotomy are well-recognized modes of treatment and have been very effective. Options diverge on the efficacy of more conservative dilatation methods. When dilatation is performed by the patient themselves, the method requires a high degree of compliance since the procedure may be rather painful at the beginning of treatment. Bearing this problem in mind we have considered a new approach to anal dilatation in combination with the anesthetizhing effect of low temperatures. A dilatator measuring 15mm in diameter was developed which can be cooled to -15° Celsius. The well known pain-effect of low temperatures generally allows the patient to easily insert the dilatator. The pain/sphincter spasm cycle can thus be interrupted. The fluid inside of the dilatator is unique in that low temperature duration in maximal and the rate of temperature equilibration therefore being gradual. The reactive hyperaemia occurring when tissue temperatures approach normal appears to facilitate fissure healing.

The 15oC rod was inserted in the lateral position and left in place for 5 minutes. Patients performed dilatation twice daily. To facilitate insertion, a water-soluble lubricant was applied. The Viscosity of the lubricant is not altered by the low temperatures. The patient group consisted of 20 males and 17 females. The average was 41.4 years and was relatively high. The distribution of fissure locations is shown in Fig. 1. Accordingly, 27 patients had posterior fissures, 9 anterior, 1 left lateral, and 2 patients had both an anterior and 1 posterior fissure. All 37 patients reported pain during defecation as symptoms. Pain duration ranged from minutes to hours. 15 patients reported a slight amount of bright red blood, 4 patients complained of intensive pruritus. The duration of symptoms ranged from two days to one year with 64 days being the average.

All 37 patients were seen in our outpatient clinic during the treatment period and were examined upon completion of the treatment period. Treatment duration varied highly and ranged from 3 days to 32 days with 15, 3 days being the average. Pain subsided on the average after 4 days of treatment. Healing of the fissure was seen in 33 patients after an average treatment of 15, 3 days. Three fissures failed to heal and one patient was lost to follow-up. The three fissures failing to heal were treated subsequently by lateral sphincterotomy.

Vocational career:
Study in Damascus as well as afterwards 2 years activity in the Dermatologi department of the university clinic, since 1974 for specialist training in Germany. From 1975 to 1982 activity in the surgery with 1 ½ years neurosurgery, 1983 specialist for surgery.

Here you can look up all the info and its application in our PDF file. 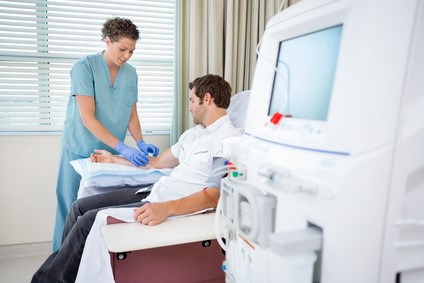 Help us and share your experience with the PakuMed products in the questionnaire.

Are you a patient or an user? 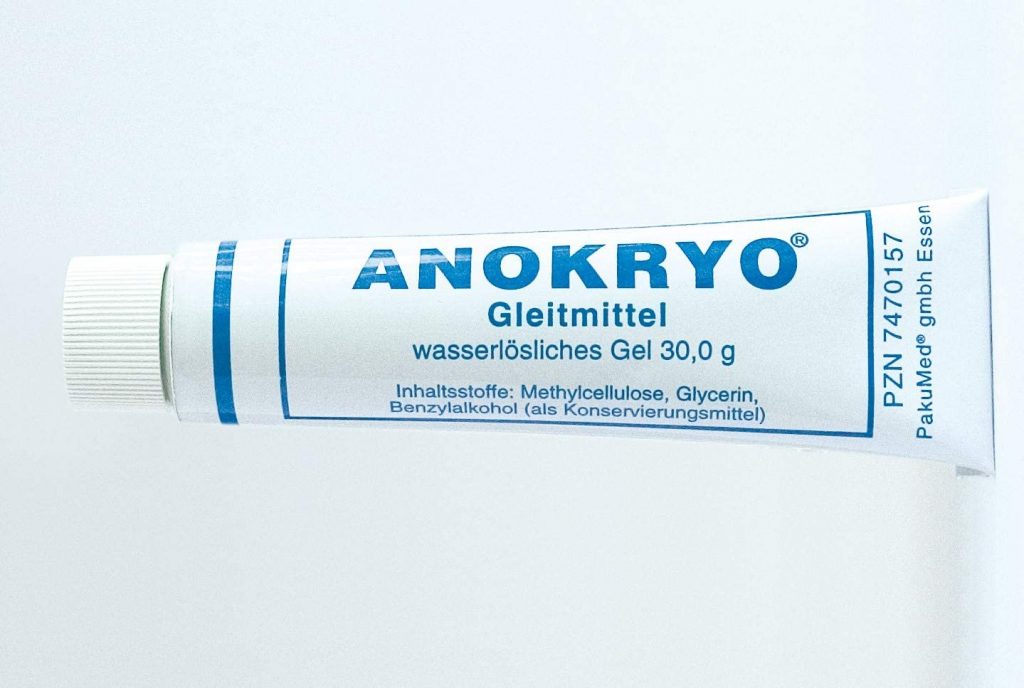 Cold bar and dilator as an aid for the treatment of the following symptoms: